As the founder and CEO of Girls Who Code, a non-profit organization designed to close the gender gap in the tech industry by inspiring, educating, and equipping young women with the computer science skills necessary to compete in an increasingly digitized world, Reshma Saujani isn’t just directing a program; she’s starting a revolution. But the former Deputy Public Advocate of New York City wasn’t always a techie. “I was terrified of math and science growing up,” the 39-year-old admits.

Raised in Chicago by engineers who fled Uganda as political refugees in 1973, Saujani’s draw to politics and social activism came to a head while she was in law school at Yale. “It was the first time I think I felt conscious about my gender,” she admits, recalling the hours she spent pouring over legal case studies and becoming more and more aware of jury discrimination. “I’ve always been very passionate about gender inequality and poverty alleviation, but that made me really want to do something about it.”

My beauty regimen and fashion choices are empowering

After a run for U.S. Congress in 2010, Saujani launched Girls Who Code in 2012 inspired by the simple statistic that by 2020, there will be 1.4 million computer specialist job openings and in order to realise gender equality by that time, women must fill half of those positions. With anecdotal data showing that an average of 30% of students with exposure to computer science will continue in the field, Saujani is out to provide that exposure, one girl at a time. Here, the innovator, entrepreneur, and new mother talks about the initiative, and why a blowout and a statement lip go a long way in the boardroom.

EL: Why exactly did you decide to start Girls Who Code?

RS: When I was running for Congress I visited a lot of schools and classrooms and I really saw the potential for technology to be used in education. Then, as a feminist, I started wondering: where are all of the women? I use Facebook, I use Pinterest, I use Twitter, and all of those companies were created by men. I sort of developed an obsession with answering that question and that led me to start Girls Who Code.

EL: How did Girls Who Code go from an obsession to a real, viable organisation?

RS: I worked on my business plan for about a year-and-a-half, I met with principals and teachers, I did a TED talk to see the reception from Tech, I talked to a lot of people I would eventually have to ask for money, and then I left my job at the public advocate’s office to launch. I’d always wanted to serve, but it’s easy to say, “Oh, next year.” I, like a lot of young people, was up to my head in student loan debt. There’s never a right time. You just need to jump in. You have to be OK with failure and be really comfortable with taking risks - and setting really large goals.

RS: It was incredible. Twitter posted a blog post, and then all of a sudden we were trending in Korea. It was something I’d never seen before—people chatting on social media, and saying things like, ‘Oh gosh, this is a really good idea.’ We weren’t really having the conversations about coding then that we’re having today. There was an enormous amount of support.

You have to be OK with failure and be really comfortable with taking risks - and setting really large goals.

EL: How exactly does the program work?

RS: We essentially embed classrooms, so this summer we’ll have six or seven intensive summer immersion camps with 20 girls in each session. They come to a conference room somewhere, like Facebook, from 9-5 and learn how to computer program. Pixar is hosting a program this year; Microsoft, Twitter, eBay—every kind of big, major, cool company is hosting a program. The goal with our summer programs is to inspire High School-age girls to major or minor in computer science. Then we have our Girls Who Code clubs, which are after-school programs. We now have about 200 of them in 24 different states, and they offer about 40 hours of coding.

EL: Was there a pivotal moment for you when you realised, “Wow. This is working?”

RS: The first moment was our first summer program in 2012. We didn't know if we were going to successfully teach people how to code. It was an experiment. And when the girls were building their projects I realised that they were developing things about their communities. I thought, “This is why teaching girls computer science is so important. Because they’re going to solve problems in the world that boys aren't even thinking of.”

EL: You’re not just a tech innovator, you’re also an incredibly successful entrepreneur—another notoriously male-dominated arena. As a woman in this world, do you find beauty to be an empowerment tool?

RS: I absolutely think that my beauty regimen and fashion choices are empowering because they make me feel good. I always wear a little bit of eyeliner; I like a great red lip; I wear my hair long and down; I love to wear colours; and I do better when I have a blowout.

EL: Last question. As a new mother with a great career, can we really “have it all?”

RS: I think we can have it all in our lifetime, but something always has to give. I didn’t get married until I was 36. I waited because I knew my life would only be fulfilled as a wife and mother if I also had a career. But I have a very supportive partner, and so much of the anxiety that women feel in this area, understandably, changes depending on the life choices we make. 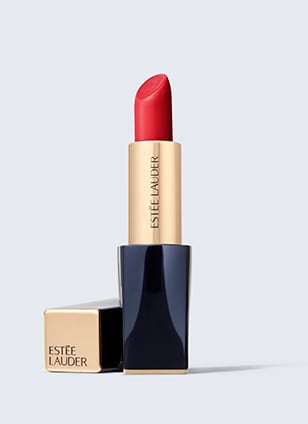 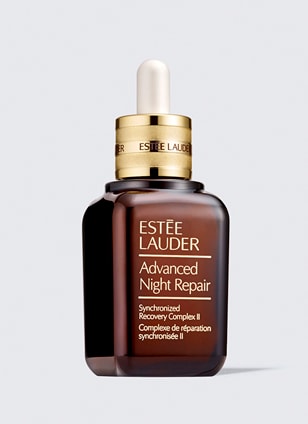